US Masters 2021: Looking ahead to Augusta 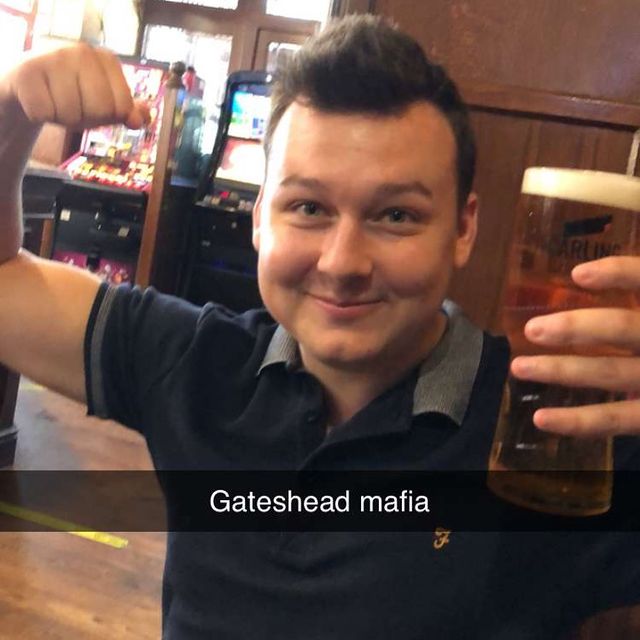 By: Callum Pattison
Monday, the 5th of April 2021 | Pattison Blog 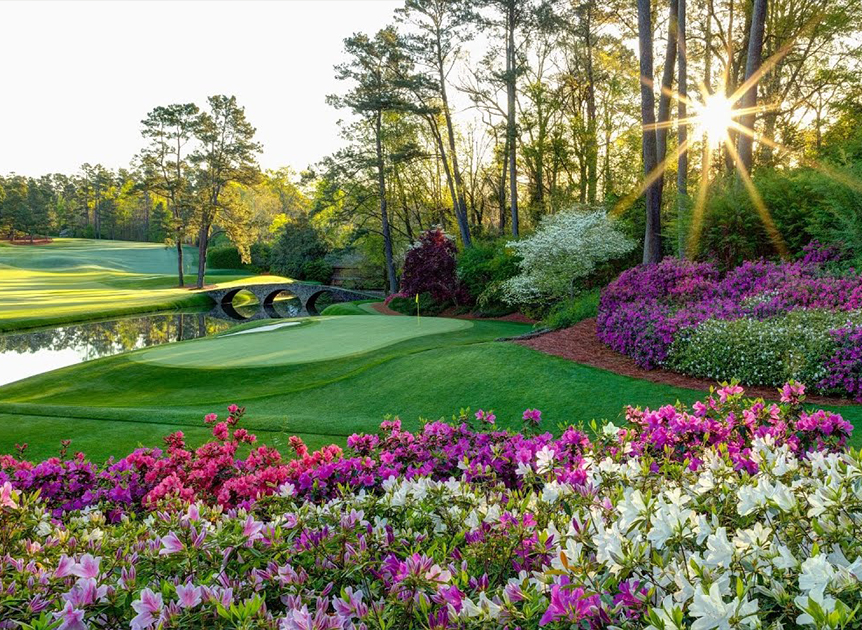 Here's a look at this year's 2021 US Masters that gets underway this week. Dustin Johnson's form, who's the favourites, who's the outsiders? I talk about this and more in this blog.

The first golf major of 2021 gets underway this week. It is one of the most highly anticipated events on the calendar every year - The US Masters from Augusta National. With the excitement levels amongst golf fans being extremely high, what are the main talking points to discuss in the build-up? 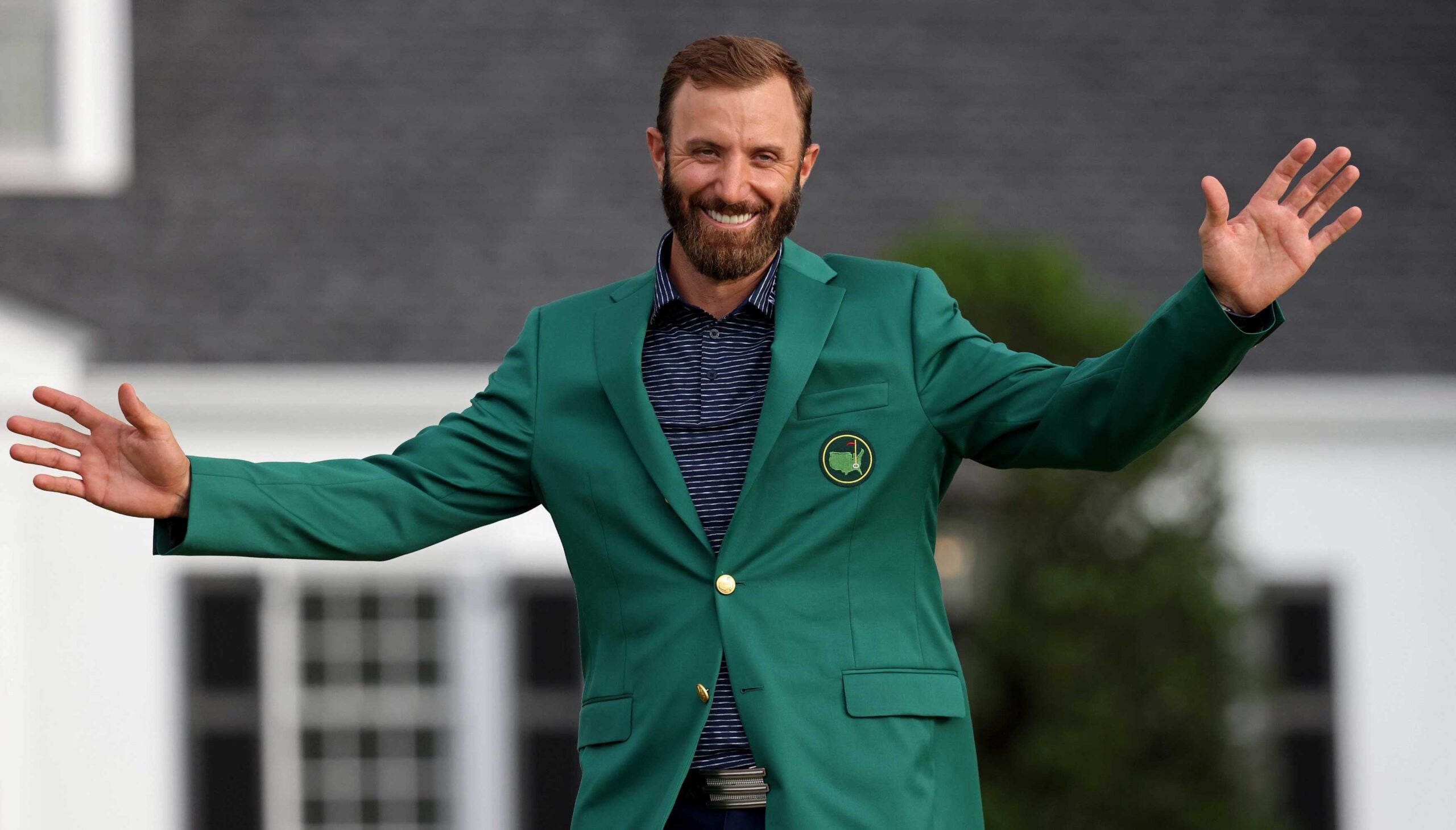 Due to circumstances last year regarding the Covid-19 pandemic, the 2020 US Masters was delayed. Instead of the usual April date, the event took place in November without the patrons in attendance.

Current world number 1 Dustin Johnson was the man who took full advantage of the softer surfaces and easier than usual conditions last November. He won the event with a final score of 20 under par setting a new 72-hole record at The Masters. He finished 5 shots ahead of Cameron Smith and Sung-Jae Im who tied for 2nd place.

Can we expect to see the defending champion have another good week and successfully defend his title?

It is impossible to write off DJ and he certainly will be one of the favourites to win the event however, it will not be as easy as last year for him with the traditionally tougher conditions in April.

Looking at DJ's current form, in his last 2 events in stroke-play he has had finishes of T48 and T54 at The Players and the WGC-Mexico Championship respectively. Obviously, that's not the kind of form that Johnson is famous for however, he has still recorded a win this year on the European Tour at the Saudi International and has had a top 10 finish at The Genesis.

Fans are back at Augusta 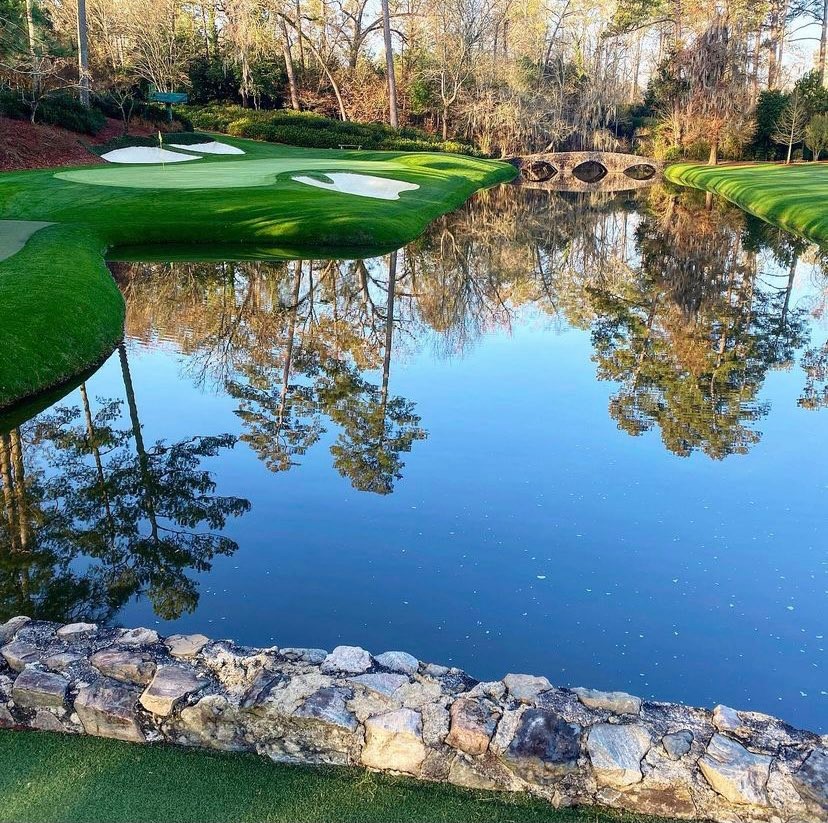 Having no spectators at a lot of the events last year made the feel of tournaments a little bit different - especially for the Masters that took place in November last year.

The Masters was still enjoyable last year but it still didn't quite feel as special seeing Augusta National looking so empty. Thankfully this year, that is no longer the case. Patrons will be allowed back onto the course to spectate at a limited capacity.

In terms of the overall atmosphere, having fans will enhance that largely... Even if it means we still have to listen to a select minority of people screaming after every tee shot. That gets a bit boring.

For obvious reasons, Dustin Johnson finds himself as the outright favourite to win the event. It makes sense as he's the current number 1 player in the world and is the current champion. What about the next 5 players in the event betting?

Bryson DeChambeau (11/1) - Bryson appears to be the joint second favourite with most bookmakers. He's had a lot of success as of late including becoming a major winner last year for the first time and winning the Arnold Palmer at Bay Hill last month. 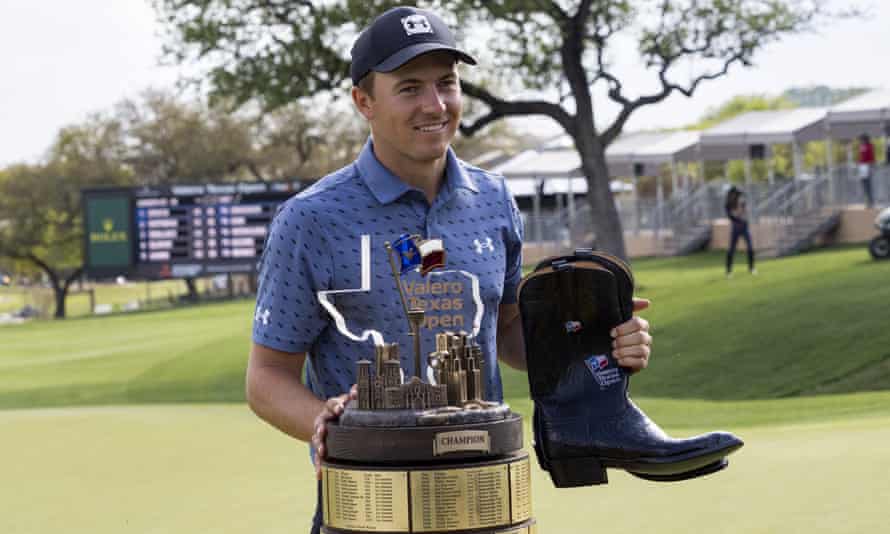 Jordan Spieth (11/1) - I would like to see the price Spieth was at to win this event just a few months ago. His form had been eluding him for an extremely long time. That poor run is well and truly behind Spieth now. A handful of top 5 and top 10 finishes this season as well as finally picking up a win last week at the Valero Texas Open has brought Spieth back to his best. His short game could be key at Augusta this week.

Jon Rahm (12/1) - Congratulations to Jon Rahm as he became a father last weekend. Could it get even better for Rahm by winning the green jacket?  It would be wrong to not acknowledge Rahm's ability around a golf course. He has also had the most top 10 finishes on the PGA Tour this season. Winning the big one has eluded him so far in his career though despite all these high finishes.

Justin Thomas (12/1) - It would be no surprise if JT is in contention come Sunday. One of the very best in the world and full of confidence after his exploits at Sawgrass for The Players Championships last month. 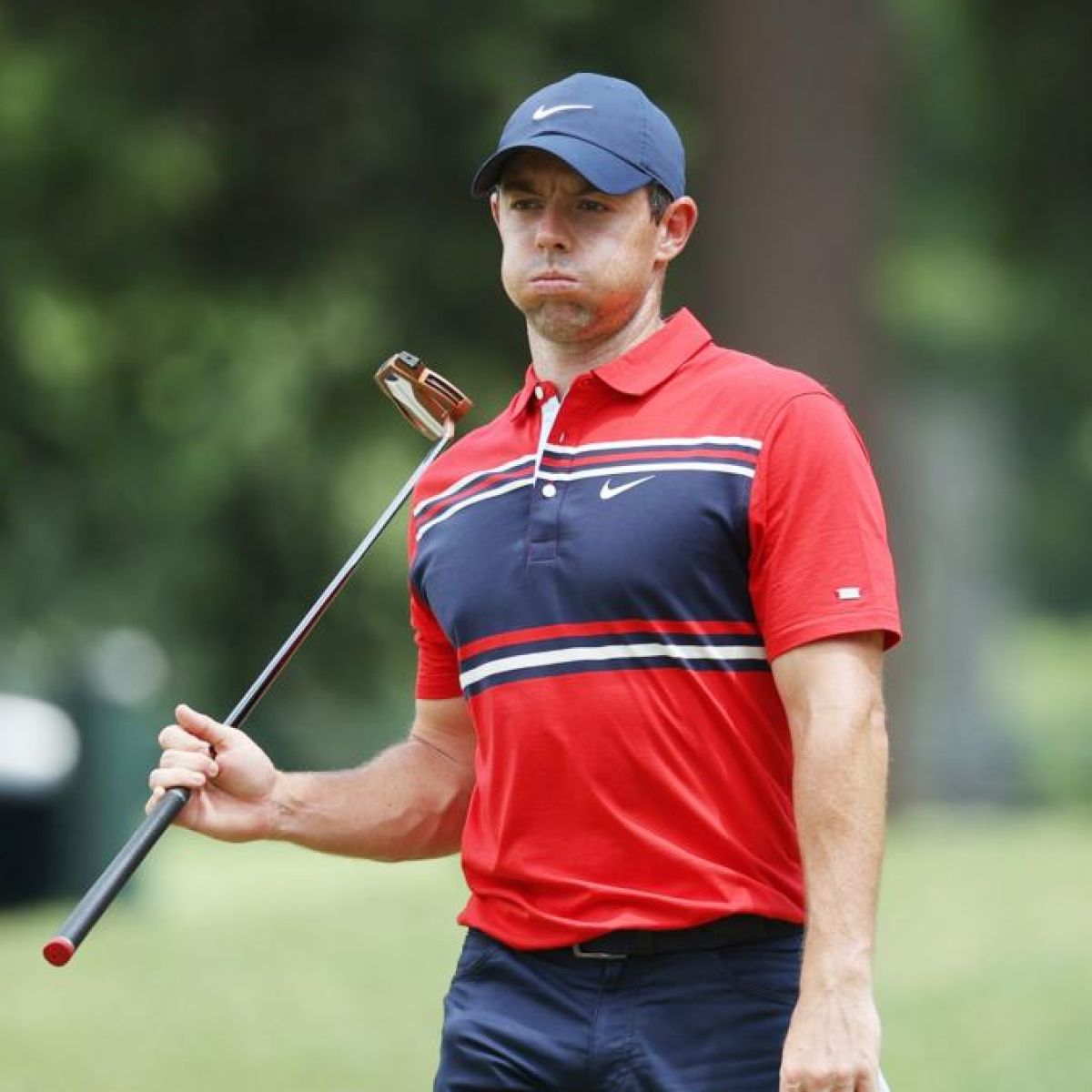 Rory McIlroy (18/1) - Every year when The Masters comes around, the same question always follows. Will Rory finally win the Grand Slam? The Masters is still the only major title that McIlroy has yet to win. It has also been a long time, 17 months to be exact, since Rory McIlroy last had a professional win. Could that be starting to frustrate Rory? One positive for McIlroy going into this week is that he does tend to finish highly at Augusta despite never winning there.

Outsiders to look out for

Earlier in the year, I published an article on 4 players who I could potentially see winning their first major title this year. Those players were, Tyrell Hatton, Sung-Jae Im, Daniel Berger and Viktor Hovland. It will be interesting from a personal viewpoint to see how well those 4 individuals do this week. Who else could go under the radar?

Colin Morikawa (30/1) - He's just a class act. His all-round game is phenomenal and has shown last year that he is capable of winning the big one. Don't sleep on Morikawa. 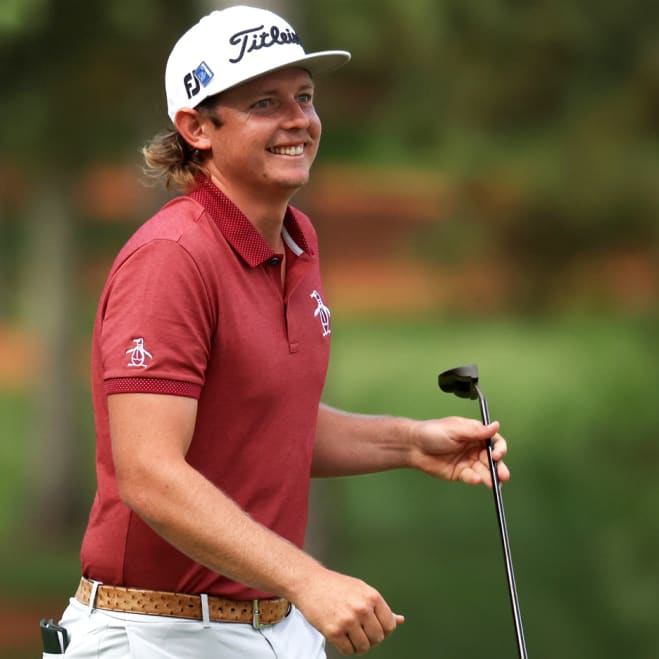 Cameron Smith (35/1) - A history-maker last year. Aussie man Cameron Smith became the first player to shoot 4 rounds in the 60s at Augusta and NOT win. So close yet so far. Besides that, Smith has slowly become a bit of a force on the PGA Tour picking up 4 professional wins so far in his career.

Matthew Fitzpatrick (50/1) -  The Yorkshireman has found himself competing towards the top of a lot of leaderboards on the PGA Tour this season. His putting game has also been simply superb which could be massive for Fitzy heading into Augusta.

Ultimately, I am going to back myself and go with a man who I have previously wrote about to win The 2021 US Masters. I'm going with Viktor Hovland. 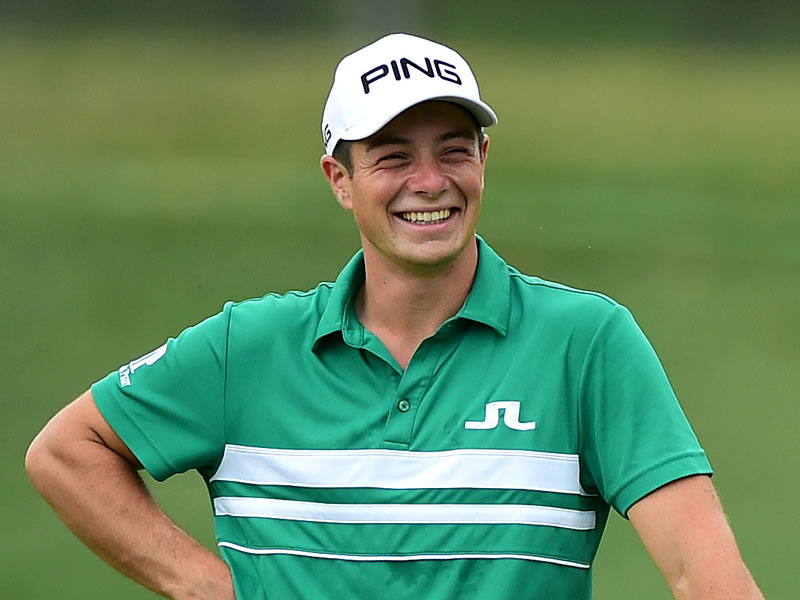 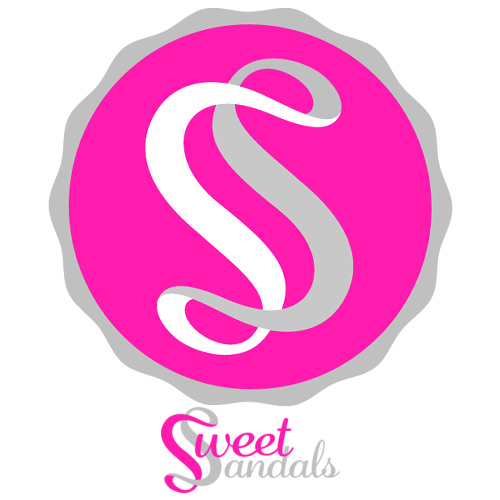